National Standards for U.S. Community Foundations reviewers have years of experience in community foundation leadership, and are passionate about National Standards and philanthropic excellence. Each reviewer signs a confidentiality agreement and is trained to determine a foundation’s compliance by conducting consistent and fair evaluations of the application. 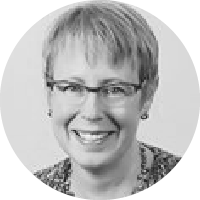 Sally Cross joined the Community Foundations of the Hudson Valley in May 2014. Sally is responsible for marketing the Foundation’s gift planning, investment management and charitable fund options to attorneys, financial advisors, accountants, brokers and others who work regularly with potential donors in the area of estate and financial planning. She also works directly with active and prospective donors to encourage and facilitate current and future gifts, and serves as a planned giving resource to donors, professional advisors and nonprofit fund advisors.

Sally comes to the Community Foundation from Montefiore Medical Center, where she served as Director of Major Gifts and Gift Planning. Prior to that, she served as the Director of Development and Alumni Relations at SUNY New Paltz and Executive Director of the university's foundation from 2001-2012. She has worked as a development professional at Portland State University’s College of Engineering and Computer Science, in Portland, Oregon, and for a variety of Oregon non-profits.

Sally has also served as a volunteer for a variety of nonprofits in the Hudson Valley, including the Association of Fundraising Professionals, the New Paltz Regional Chamber of Commerce and Chamber Foundation, the Ulster County Historical Society, and the Wallkill Valley Rail Trail Association. She earned her bachelor’s degree at Columbia University’s Barnard College and her Master of Public Administration from Portland State University, and is a CFRE (Certified Fund Raising Professional). 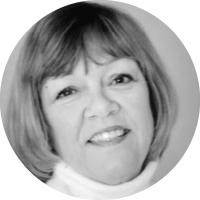 Sandy Daniels has been a standards peer reviewer for 16 years. She has reviewed standards both nationally and in her home state of Indiana. Sandy has been involved in the standards process since inception. When she was chair of the Community Foundation Committee of the then Indiana Donors Alliance (now the Indiana Philanthropy Alliance), she co-authored with Dr. Eugene Temple the first set of standards and best practices to guide the Indiana field. Around the same time, she served on the COF’s Community Leadership Team that was launching its own standards process as well as other initiatives and supports for the field. Her role on the Leadership Team was to serve as an advocate and voice for small community foundations. She served on the Standards Implementation Action Team both at national inception and again when its first roll out was being evaluated and improved. Recently, she served on a task force for the National Standards Board to further revise and streamline the standards process, utilizing an online format.

Sandy’s whole career has been in the nonprofit field of philanthropy and education. She was the Founding Director and CEO of the Johnson County Community Foundation in Franklin, Indiana from 1994-2008. Under her leadership, the foundation grew to $15 million in assets, with nearly $30 million in deferred gifts. The Foundation won numerous state and national awards for excellence in grantmaking, administration and communications. She remains involved in the community foundation field and as an enthusiastic volunteer for the JCCF.

Prior to joining the community foundation, she was the Director of Operations for a large Metro 1 United Way. In that role, she was responsible for launching comprehensive evaluation processes for United Way agencies, as well as a platform for evaluation of individually funded programs. Early years of her career included being a director of an employee assistance program in Michigan, a social work clinician at various agencies, and a regular adjunct professor for graduate and undergraduate college programs. She was on the boards of key philanthropic organizations, such as the Center for Financial Insight, which studied and launched benchmarking and evaluation services for community foundations.

Sandy is the President of Daniels Consulting. She has served as interim Executive Director for Community Foundations and helped guide foundations through the leadership transition process. She also provides assistance for the full range of needs in governance and management of nonprofit organizations, with a focus on community foundations. As a self-professed “life long learner,” Sandy participates in training opportunities to keep her knowledge fresh and relevant.

Sandy has a Master’s Degree of Social Work, with a dual specialty in Planning and Management. 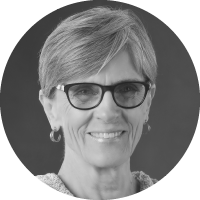 Patricia Jones has been part of the foundation field for 25 years. She was a community foundation board member for 10 years and served as Board Chair for three of those years. Patricia served as an interim foundation CEO in San Francisco for a year. Additionally, she has helped operate the League of California Community Foundations since 2007, and has been its lead consultant since 2012.

Patricia is the Principal in her consulting firm, Patricia Jones Consulting. Since 1998, she has specialized in board building, and business planning, strategy and research - primarily for east and west coast organizations and agencies.

She has extensive experience in (i) coordinating with key stakeholders to create the environments and structures to strengthen an organization’s ability to deliver effective services, (ii) developing comprehensive planning processes, reports and evaluations, (iii) researching and presenting business options to senior management, boards, affiliate officers and other key constituents and stakeholders, (iv) facilitating high-level corporate meetings and retreats, and (v) supporting boards in understanding and fulfilling their roles and responsibilities.

Patricia has an MBA (dual emphases in finance and communication) and an undergraduate degree in science. 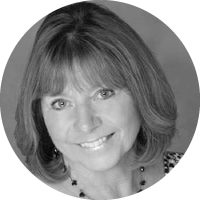 Sandi Roehrig's educational achievements include attending University of Wisconsin-Fond du Lac then transferring to University of Wisconsin-Oshkosh where she earned a Bachelor’s Degree in Physical Education and Health. Sandi has been with the Fond du Loc Area Foundation since 1992 and has served as the Executive Director since 1995. She has been an active volunteer in the community for youth sports, education and public service including founding member of the Fond du Lac Arts Council and Women’s Fund of Fond du Lac. Sandi lives in Fond du Lac with her husband and enjoys spending time with her children and grandchildren. Sandi is also a member of the Community Foundations National Standards Board.